More people than ever visited the Kelowna International Airport this past August.

Sam Samaddar, airport director, said August 2016 was the busiest month in the history of the airport. 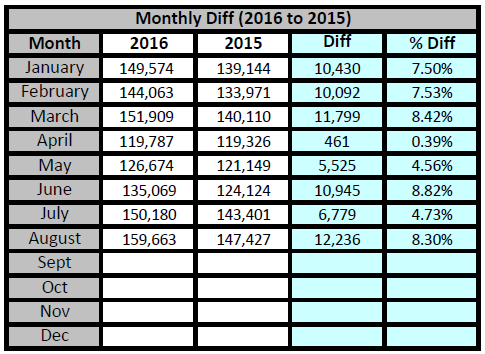 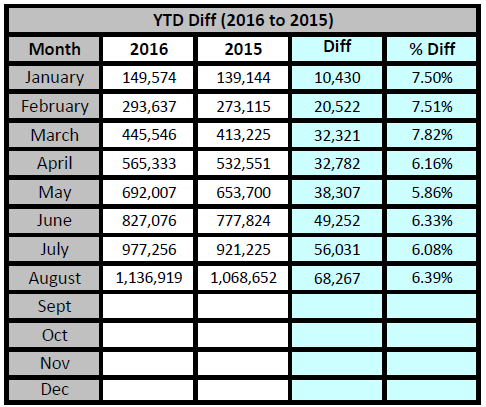 “August was tremendously positive. We grew up 8.3 per cent compared to 2015. That was up 12,000 more passengers than we handled in 2015. August typically is our busiest month when you look at the calendar year and to see that growth rate for the month is very positive.”

Traffic is up at the airport for a number of different reasons, according to Samaddar.

“We’ve been adding more and more capacity with our airline partners both Air Canada and WestJet. For example, this summer we had Air Canada Rouge operating the A321, which is a 201-seat airplane, operating on a day basis between the GTA and the Okanagan.”

Another reason more people are flying in and out of Kelowna is because of NewLeaf. The ultra low-cost carrier made news in July when they landed in Kelowna.

One of the final reasons YLW is seeing an increase in numbers is the weak Canadian dollar. More people seem to be travelling east to west, compared to north and south.

Looking forward, Samaddar said YLW is planning a lot of upgrades and improvements.

According to the airport master plan, traffic is expected to grow by 3 per cent every year. This means YLW needs to be the best possible airport that it can be.

The airport, which is the largest municipally owned and operating airport in Canada, sees more than 1.6 million passengers annually. With such a high growth rate, five major expansion projects will begin this year.

All construction is expected to be completed by 2018.

Submit your news stories to the TOTA NewsCentre. It is quick and easy.

To connect to programs and services check out totabc.org